Written by Alan Fitzsimmons
from an idea by Tom McConville

James Hill was probably the most famous fiddler on Tyneside during the late Georgian and early Victorian periods. He wrote more than 40 tunes, mainly for hornpipes, inspired and influenced by the places and characters he came to know.

This story is a reflective account of his life, told through ‘Jimmy’s ghost’ and set in and around The Hawk public house which was owned by his future father-in-law. The narrative unfolds to a back-drop of James Hill’s own compositions, clog dancing and songs from the time, incorporating some newly commissioned pieces.

Tom McConville is an award-winning fiddle player and singer internationally renowned for his fiery, heart-stopping performances. Winner of the BBC Folk Musician of the Year 2009, he is one of the most original fiddle players in the UK. Blending traditional music from his home town of Newcastle with Irish, American and Scottish influences, he creates a sound that has jazz, folk, bluegrass and classical influence. His live performances are a roller coaster of musical delights; fast rhythmic dance tunes through beautiful slow airs and of course great singing – all presented with his inimitable sense of humour and style.

Alan Fitzsimmons – If you cut him in half it would say Geordie through and through. His first paid gig was age nine at the Orion Picture House, Westerhope, Newcastle. He has been a member of many traditional music groups since age sixteen. Alan was co-founder of the legendary Gosforth Folk Club and is a current member of The Keelers. He is a dedicated researcher into historical Tyneside songs and poetry, and creates music where the original tunes have been lost. He was the originator of the first major research into the poetry of Cecily Fox Smith; setting to music more than fifty of her poems which are now recognised worldwide. There is a substantial archive of music on Tyneside for the serious researcher which is rarely heard. Alan has a great Tyneside voice and is widely acknowledged to be the best interpreter of Tyneside song and dialect.

Stewart Hardy is an internationally-acclaimed performer, composer and teacher with numerous recordings and broadcast credits to his name. Based in the North East of England, a love for the traditional music of Northumberland and Scotland shines through his repertoire and influences his own compositions. Stewart’s teaching is diverse, and has covered many projects from international workshops to the Newcastle University folk degree course. He spent six years as an influential member of the very popular John Wright Band and has toured throughout the world playing traditional folk, pop, rock, jazz, country and western swing music.

Jim Mageean is a well known folk singer specialising in traditional maritimemusic and ‘Geordie’ songs from his native North East of England. He has been singing and recording for over 50 years both as a soloist and in various line-ups including The Keelers. with whom he has toured extensively throughout the UK and Europe.

Natalie Reid is a clog dancer and teacher, based in Newcastle upon Tyne. Growing up dancing rhythm tap, she found a fondness and flare for percussive forms of dance, which ultimately drew her to the powerfully rhythmic traditions of clog and Northumbrian Rapper Sword dancing. She performs across the country with a number of dance teams, including Star and Shadow Rapper and Newcastle Kingsmen Clog. Natalie regularly teaches clog at folk festivals and runs community classes in Northumberland, as well at Sage Gateshead, where she teaches as part of the wonderful Folkworks programme. 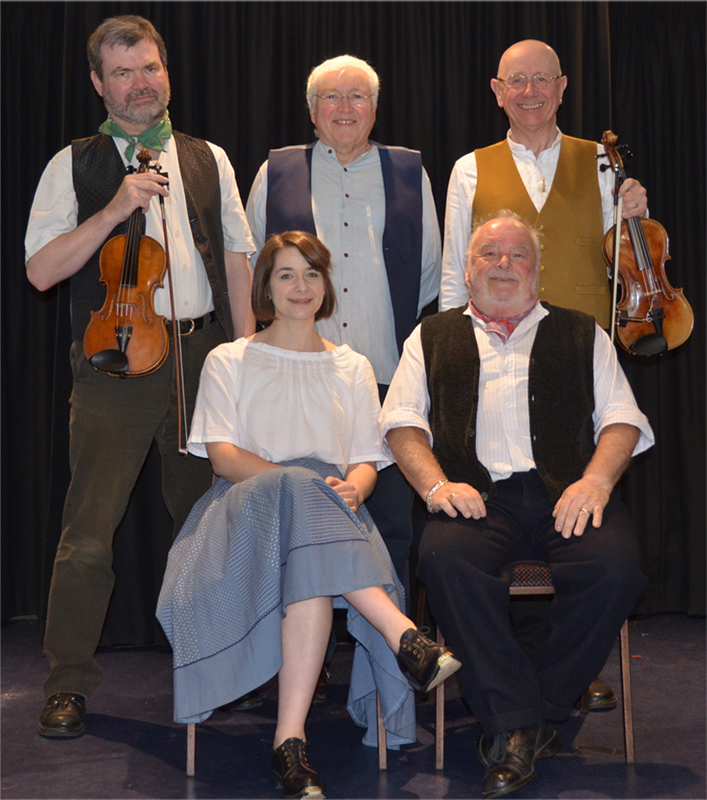